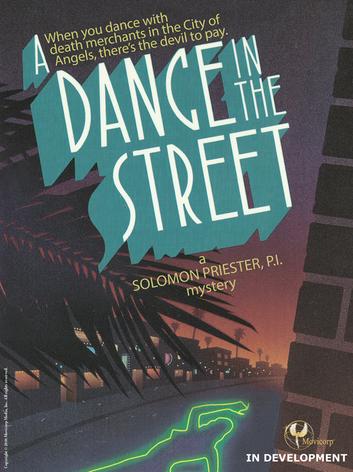 A Dance in the Street

Solomon Priester is a saint in a godless city – an L.A. Uber driver who reaches out to the lost, the frightened and the helpless.  But when a former fare – a Valley girl on the run from a web-cam sex operation – turns up dead, he finds himself up to his dreadlocks in serious trouble.

A pair of crooked cops want him to take the fall. Some heavy-duty thugs want him out of the way permanently.  They can bomb his car, trash his home, take out his friends…even kill his pet fish.  But they’re dancing with the wrong Rasta-man.  Because Solomon Priester carries a P.I. license and a .38 – and an unshakable desire to pay the murderous scum back…with interest.

A Dance in the Street is a modern film noir mystery thriller based on the Harper Collins novel by Charles Shea LeMone.