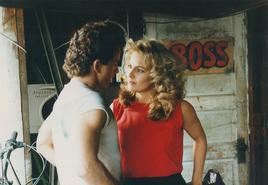 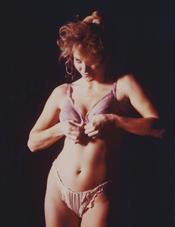 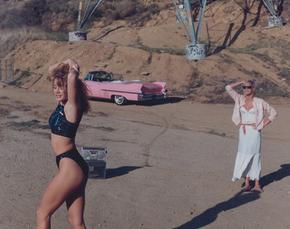 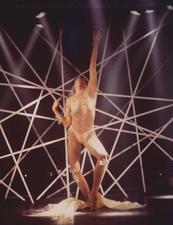 ​Despondent, Frank returns to Joni and begs her to marry him.  Now unhappy herself, she agrees not to leave for Las Vegas and promises to think about his proposal, especially when Joni sees in Harlow a woman with no real friends, confidence or home.

"While Kandyland is, no bones about it, a titillation movie, director Robert Schnitzer has smartly pieced together a solid, low-budget movie and laced it with some deft character and atmospheric touches."  ​ ​- The Hollywood Reporter

​​That night, a drugged Harlow enters the club.  In her distraught state, she performs a frenzied dance number, only to collapse on stage at the end of her dance. Joni accuses Roy (COLE STEVENS), the sleazy, good-looking bartender, of supplying the drugs.  When Joni checks up on Harlow...she is gone.

Joni finds Harlow on the roof of the club, dancing a delirious version of the ballet she originally dreamed of performing in her​ ​ youth.  Joni follows after her.  When Harlow climbs atop the neon Kandyland sign and shouts pathetic pleas for love to heaven and the crowd gathered below, Joni tries to talk her down.

Joni (KIM EVENSON) - young, pretty, bored with life - waits impatiently for her boyfriend Frank (CHARLES LAULETTE) after spending the day at a neighborhood pool with her friends.  As the time drags on, a local bikini contest begins to form and with nothing better to do, Joni decides to enter.

​Little does Joni realize she would have a terrific time dancing before a crowd of strangers.  She meets Harlow Divine (SANDAHL BERGMAN), the contest winner, and is intrigued about her glamorous life as an exotic dancer.

​That night, Joni decides to visit Kandyland, the nightclub where Harlow works, and is amazed by the dazzling intensity of the lights and music.  She likes what she sees, quits her job at a dry cleaner and decides to audition for a job as a dancer.  With some help from her new friend Harlow, Joni gives a slick, dynamic performance and is hired.

"Bruce Baum as the club comic is likable and adds a few moments of needed humor."​ ​ - Variety

"Colorfully photographed and choreographed, Kandyland is a lively, old-fashioned B movie

that provides a feast of flesh, then follows it up with a tidy moral about true love."   ​​​- Playboy 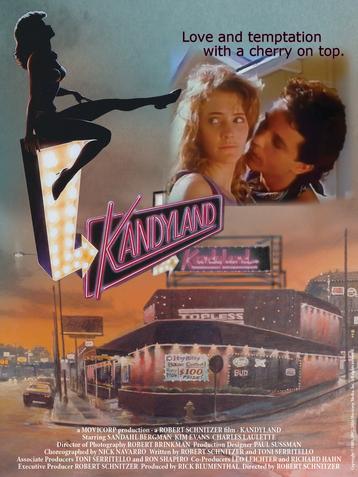 Harlow falls off the sign, smashes onto the sidewalk in front of the club and dies from the impact in Joni’s arms

Shaken, Joni returns to Frank.  But when she sees him with another woman, she races back to Kandyland, only to be attacked by Roy.  Frank arrives just in time.  After a violent, bloody battle between the two men, Frank defeats Roy.  Joni and Frank are now free to leave Kandyland.  Together. 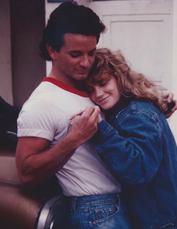 Kandyland is a fast-paced joyride that grows more exciting each day.  Joni makes friends with the other dancers, the club comedian/DJ Mad Dog (BRUCE BAUM) and the bouncer (IRWIN KEYES).  ​But Frank is not happy about Joni's new job, and eventually they break up.

​The seediness that is the reality of Kandyland - the fights, the offers of prostitution, the drugs – soon begins to take a toll on Joni.  Harlow and Joni make plans to move to Las Vegas.